To summarize, we created a system that leads us without doubt into an impasse, and we want to continue to believe that the solution will come from the system itself. This seems more and more unlikely and we have to think already the world of tomorrow that will be built on the ruins of this one. The question is not to know if this system can avoid its own destruction, the question is rather to know how and when will that happen.

One does not need to be an expert in economics or in politics to see in an extremely clear way that this system cannot continue indefinitely like it is nowadays. The reason is extremely obvious and simple: the earth has a very limited space and resources, and our main political philosophy (if we can call it like that) could be summarized in one word: “more!”. The goal of almost all the governments, all the businesses and all the people is to produce more and to sell more. Nobody knows why, but it is like that. When you hear the electoral promises of the politicians it is always about creating more jobs, producing more, selling more, exporting more… Nevertheless, this is a kind of blind politics. Everybody can see that there is a limit in building more highways and manufacturing more cars. Even if we cut the majority of the forests to expand our civilization and we start producing flying cars because of a lack of space on earth, that will come to the same result which is that the space is also limited and it would be scary and stressful to live in a place where you have tons of planes and cars constantly flying above our heads. This is just an example to show that this politics of “more and more” is just totally insane and cannot be sustained on the long term. But what we see in practical life and in politics is that the “more and more” is encouraged at all levels. If you have a company and you produce more and you sell more, it is very well seen. If you are an individual and you work more and you produce more, it is very well seen on the social level, on the economic level and on the governmental level. There is only one way to measure the benefits of a certain production or creation: the money it yields. If the thing you produce has a good value on the market then it is good. If the work you do makes you win lot of money then it is good. If someone builds a big company and becomes rich, then we say he is successful. If a government reduces the unemployment, helps to create more jobs and increases the general wealth of the citizens, then we say that it is a good government.

The life of the majority of humans in our era can be summarized by the goal of producing more and more, and getting the money to consume more and more.

To question those moral standards looks like a craziness, and this is not only valid for our era. It is as if one of the biggest and the oldest philosophical questions of the good and the evil has been abandoned. Since the “death of god” or the end of a supreme moral order represented by divinities, religions and metaphysics, we declared the moral question as not important, or of a secondary importance. We are not morally responsible of our acts in front of god anymore, nor in front of ourselves as conscious beings; we are only responsible in front of the law and we are rewarded by getting money. When we respect the law and we get money, it means that what we do is good. Once we realize how true is this rule to explain everyday life judgments, it is not surprising to see how proud and happy the presidents of the countries are after they signed big contracts to export weapons for example. It is legal, it makes money and on the top of that it creates jobs. The life of the majority of humans in our era can be summarized by the goal of producing more and more, and getting the money to consume more and more.

This consumerist civilization, based on rationality, scientific and technical progresses, spread all over the world, first by the power of guns and weapons, then by the power of economy and trade. There will be almost no land on earth where the people do not want to produce and buy cars, TVs, etc. On all the continents of the planet, human beings are working everyday like ants in order to obey to the imperative of the system: produce more, get more money, buy more. The apparent success of this model provided food, health, education and wealth to a good part of the earth population, reducing infantile mortality and increasing life expectancy. Free competition established a certain equality in chances to compete. Like in the 100m race, everyone is free to run faster than other if he can; it is a matter of will, talent and exercise. But the goal cannot be freely chosen. If you are there and your goal is to have a walk, not only you will look crazy, but you will also be eliminated by the system (of selection). Whereas if you accept the rules, or like the majority of people you don’t even question them, and start to compete, you can try to increase your productivity, get more money, and increase your consumption. The more you do, the more you will be praised. As this system succeeds in making everyone hoping to have more and more, the people tend to accept the rules of the game and we can see the world production (and consumption) increasing without limits. We produce a lot so we need more consumers. The world population increases so we need more production. This is where we are on now. It will continue for decades and maybe even centuries as big demographic blocks especially in Asia and Africa have the desire to access the wealth level of the richest countries. Then, new ideas will emerge, a new kind of freedom will be thought, a new kind of life will be claimed and the current politics of the “more and more” will collapse because it will reach its overflow and will unveil its contradictions.

Like it has been mentioned above, the philosopher’s task is to create new ideas that could become the fundaments of a future-world, yet unknown but that will certainly come. On a practical level, the philosophers already speculate on the end of this world and contribute to its first shivers. It is very obvious that our civilization trembles already, and many signs show that it will be very hard to heal it from the inside. Big wars and big revolutions look inevitable on the horizons. 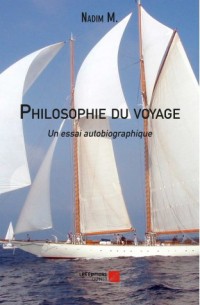 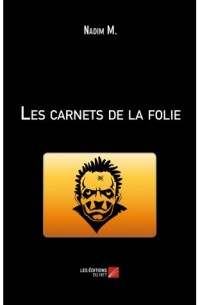